blog
Nosotros Festival at Lincoln Center Out of Doors 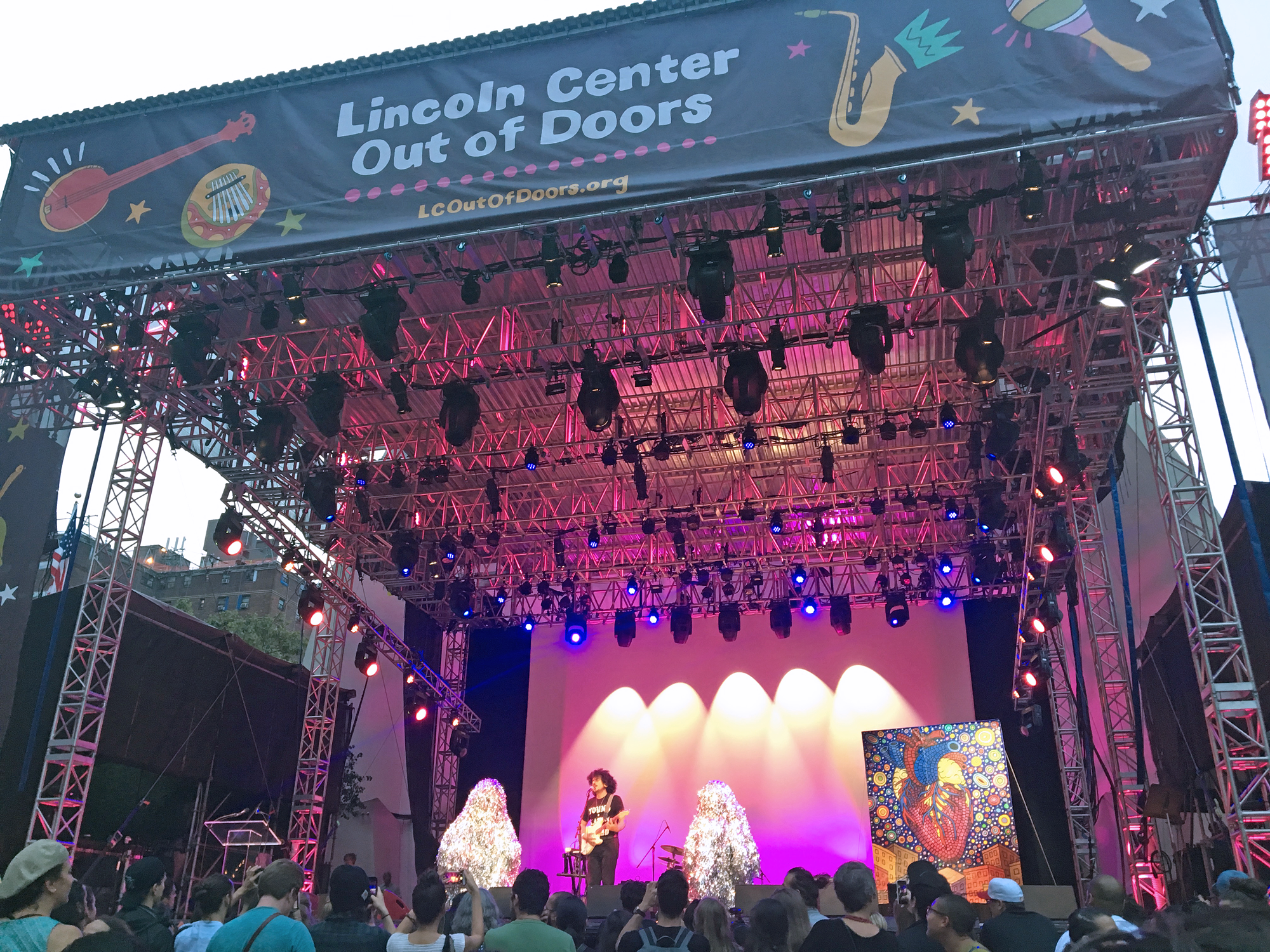 The second annual Nosotros Festival descended on Damrosch Park for Lincoln Center Out of Doors on July 27th, 2017. Alynda Segarra of Hurray for the Riff Raff gathered Latinx poets and musicians to showcase the many words and sounds coming out of the diaspora. The culture-creators present at the festival included Bronx-born poet Bonafide Rojas, Young Lords activist and poet Felipe Luciano, spoken word artists La Bruja, and musicians Helado Negro, Xenia Rubinos, Hurray for the Riff Raff and Las Cafeteras (who will be touring in the spring for globalFEST’s The New Golden Age of Latin Music!).

The night began with an explosive set by Xenia Rubinos, whose latest album Black Terry Cat is a mix of sounds reminiscent of her Latin roots and the flow of Erykah Badu, followed by Helado Negro, who soothingly sang his “Young, Latin & Proud” anthem to an eager audience who bounced every word back at him. Between sets, poets, activists and spoken word artists came out to stand tall amongst their kin to recite poems and reflect on what Latinidad means to them. 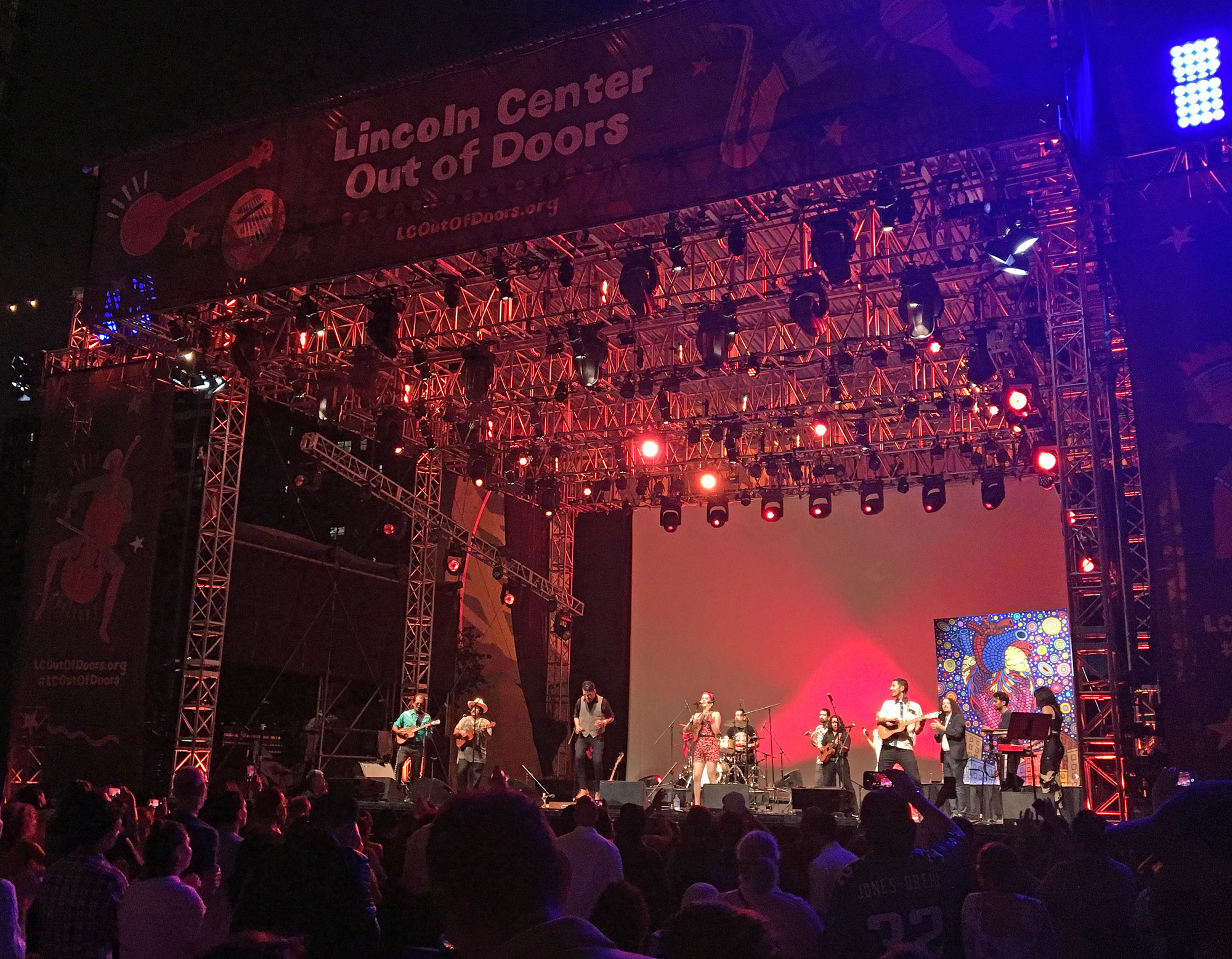 As the sun set, Hurray for the Riff Raff took the stage with an empowering performance of her latest album, “The Navigator,” strutting on stage with a protest stance and closing the night with a cover of the classic “Como La Flor” by Selena. Since leaving home in the Bronx at 17, Segarra has amounted about 8 releases in between attending hardcore punk shows and hopping freight trains across North America.

Las Cafeteras closed the show with the sizzling spin on Son Jaracho and gave us a preview of what to expect for their spring tour presented by globalFEST, “The New Golden Age of Latin Music”. The masses of attendees approached the stage for this closing performance to be as close as possible and not miss the zapateado. You won’t want to miss them on tour, so see their upcoming tour dates here.